Anti-Zionism is an opinion, not a crime

Anti-Zionism is an opinion, not a crime

For the 400 signatories of this text, anti-Zionism is a legitimate opinion in opposition to Israel’s colonising logic. The fact that it may serve as an alibi for anti-semites does not justify it being banned.

Mr President, you recently stated your intention to criminalise anti-Zionism. You made this declaration after having discussed it by telephone with Benjamin Netanyahu, shortly before you went to the CRIF dinner.

Mr President, you are aware that the Constitution of the Republic, in its Article 4, states that “the law guarantees pluralistic expressions of opinion”. Anti-Zionism is an opinion, a school of thought born among European Jews at the time when Jewish nationalism was starting to develop. It opposes the Zionist ideology that encouraged (and still encourages) the installation of the world’s Jews in Palestine, today Israel.

The key argument of anti-Zionism was, and is still, that Palestine was never a land empty of inhabitants that a “people without land” would be free to colonise due to a divine promise made to it, but a land peopled by very real inhabitants for whom Zionism was soon to become synonymous with exodus, pillage and the denial of all of their rights. Anti-Zionists were, and still are, anti-colonialists. To forbid them to express themselves, on the pretext that some racists may use this term to conceal their anti-semitism, is absurd.

Mr President, we want French Jews to be able to stay in France, to feel safe here, and for heir freedom of expression and thought to be respected in its pluralism. The increase in disgraceful anti-semitic acts revives the traumatism and fear of the unheard-of violence that was suffered by their parents at the hands of the French State and of a French society that widely collaborated with their persecutors. We thus hope that you will employ significant educational resources, and that the perpetrators of those acts be severely punished. But we certainly do not wish that you deliver the Jews of France and their memory into the arms of the Israeli far right, as you do by conspicuously displaying your closeness to the sinister “Bibi” and his French friends.

This is why we want to let you know that we are anti-Zionists and that some of our best friends identify themselves likewise. We feel respect and admiration for such activists for human rights and international law who, in France, in Israel, and around the world, bravely struggle and denounce the intolerable brutality that the fiercest Zionists practise against the Palestinians. Many of these activists call themselves anti-Zionists because Zionism has proved that when the colonising logic is pushed to the extreme, as is the case today, it is neither good for the Jews of the world, nor for the Israelis, nor for the Palestinians.

Mr President, we are French citizens who respect the laws of the Republic. But if you move for the adoption of a law against anti-Zionism, or if you officially adopt an erroneous definition of anti-Zionism that would permit legislation against it, be aware that we will break such an iniquitous law by our statements, by our texts, by our artistic works and by our acts of solidarity. And if you wish to prosecute us, to silence us, or even to lock us up, well, you can come and get us. 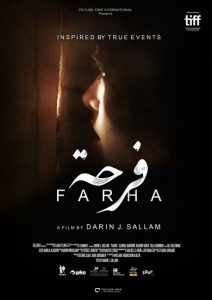 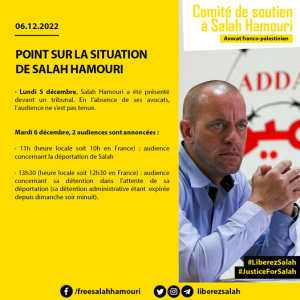 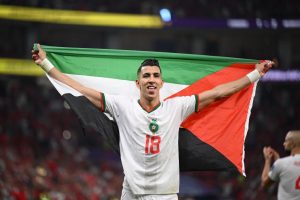