Where are you Neta ? – An open letter from Michele Sibony to Neta Elkayam

I am a member of BDS France, the French campaign for the boycott, divestment, and sanctions against the Israeli apartheid regime. But it is out of our shared « Moroccanity » that I wanted to write to you. Your family comes from Tinghir and Casablanca, mine from Marrakech and Tangier; I grew up in Rabat. Undoubtedly, you love Morocco and its languages as I do. I saw on YouTube how beautifully you sing them, in particular with our mutual friend, Reuven Abergel, a former member of the Black Panthers, who also has a Moroccan soul. He does not hesitate to speak out clearly and publicly against Israeli apartheid, for the rights of the Palestinian people, and for coexistence based on equality.

I am writing to you because today you can no longer ignore that the operation you are participating in as a guest at the IMA about « Oriental Jews » actually serves as a Trojan Horse for normalizing relations with Arab states.

One of the contributors to this event considers it a historic step in normalizing relations within the framework of the Abrahamic accords. He points out how the Israel Museum and the Ben Zvi Institute participated in the exhibition by loaning the IMA around 30 historical items. By agreeing to perform in this context at the IMA, while keeping silent about the instrumentalization of our Oriental Jewish history that this program puts forward, it is not the general public [monde populaire] that your music will sing to, that you will encounter, but rather the will and the interests of Saudi Arabia, of the United Arab Emirates, and of a dominant and oppressive class. By normalizing relations with Israel, they have chosen to prioritize their own interests at the expense of their people and thus sacrificed the Palestinian people who are fighting for their rights and survival.

Yet, it would suffice for you to say publicly what you apparently are saying in private: your dedication to justice for the Palestinian people and to opening everyone’s hearts and minds to your music and to what it represents.

Do not get me wrong: Not doing this is a political act. It means accepting colonial privilege and keeping both the benefits of being a Moroccan artist and an Israeli citizen. Not doing this means not “sticking your neck out” about the injustice that outrages the Arab world and many citizens of the world, all while pretending to go out and meet this world.

I was already saddened to learn a few months ago that you were going to Morocco to make a film about your roots and to invigorate the Judeo-Arab links through your music… as if nothing had happened! As if your Israeli nationality conferred no responsibility on you, no regard for the fate of your Palestinian neighbors. As if the Moroccan people, themselves under the boot of an oppressive regime, did not overwhelmingly support the Palestinian cause. Is Palestine not the last Arab land that has not yet been decolonized? Do you think that people everywhere in the Arab world are insensitive to this?

Perhaps you think that Morocco and Palestine have nothing to do with one another? Ask your parents and your grandparents what they experienced during French colonial rule. Mine told me about the contempt, the humiliation, the arrogance, the racism, the exploitation, the French violence—and that undoubtedly allowed me to make the link with everything that the Palestinian people are going through, and to decide that this cannot be done « in my name. » You who live in Israel cannot ignore the actions of the regime against the Palestinian population you live with, who are defenseless and exposed to daily violence.

As an Arab-Jew, you can either choose the privileges that your Israeli citizenship automatically confers on you by feeding the interests of the colonial regime and those of the dictatorships, or rather, through your music, you can play a role in bringing people together. Indeed, it takes a little courage, but ultimately not that much, as more and more Jews worldwide refuse to be assimilated into Israeli colonial oppression. If those in power decide to forcibly normalize relations rather than seeking justice for the Palestinian people, it would be cowardly to take advantage of that for one’s own career. Historically, we Jews have too often experienced the cost of this cowardice to be willing to reproduce it when we have a voice.

Today, I look forward to hearing you speak so that I can listen to you sing.

Barakallah oufik (May Allah’s blessing be upon you) as we say in our country… and may it enlighten you.

Michèle Sibony is a member of the French BDS Campaign and spokesperson for the UJFP. 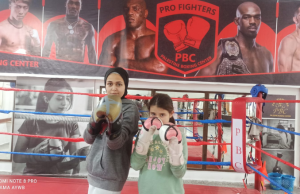 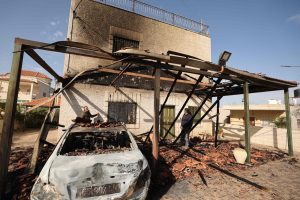 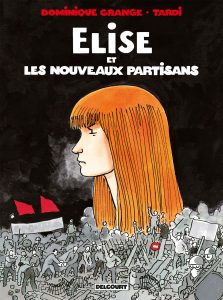