127 Jewish academics appeal to French deputies: « Do not support the draft resolution equating anti-Zionism with anti-Semitism »

French Deputies are expected to vote Tuesday, December 3rd, on a bill aiming to fight anti-Semitism, proposed by Sylvain Maillard, a Deputy of the « La République en marche » (LRM) party. Following in the wake of the European Parliament, this controversial law proposes that France adopt the definition of anti-Semitism established by the International Holocaust Remembrance Alliance (IHRA) in 2016. This includes, « demonstration of hatred towards the State of Israel based on its perception as a Jewish community « , according to the law proposed by Mr. Maillard. At a dinner hosted by the Representative Council of Jewish Institutions in France (CRIF) on February 21st, Emmanuel Macron said he was in favor of adopting this non-binding definition, declaring that anti-Zionism constitutes « one of the modern forms of anti-Semitism. »

Opinion: On 3 December, the National Assembly will debate and vote on a bill on the fight against anti-Semitism. This proposed bill is highly problematic.

We, Jewish scholars and intellectuals from Israel and elsewhere, including many scholars of anti-Semitism and the history of Judaism and the Holocaust, raise our voices against this bill.

The rise of anti-Semitism in the world, including in France, is of great concern to us. We regard anti-Semitism and all other forms of racism and xenophobia as a real threat which we must fight rigorously against, and we urge the government and the French Parliament to do so.

While strongly emphasizing our concern, we oppose this resolution on anti-Semitism for two main reasons, and we call on Members of the National Assembly not to support it.

Before we continue our argument, we must say that we regret that the explanatory memorandum refers to Israel as « a community made up of Jewish citizens. » About 20% of Israel’s population are Palestinian citizens, most of whom are Muslim or Christian. The chosen designation hides and denies their existence. We consider this approach very problematic, especially taking into account your country’s commitment to a definition of French citizenship that is not based on ethnicity.

Anti-Zionism is a legitimate point of view in Jewish history, and it has a long tradition, including in Israel. Some Jews oppose Zionism for religious reasons, others for political or cultural reasons. Many Holocaust victims were anti-Zionists. This draft resolution dishonors and offends their memory by retroactively labeling them as anti-Semitic.

For Palestinians, Zionism represents dispossession, displacement, occupation and structural inequalities. It is cynical to stigmatize them as anti-Semites because they oppose Zionism. They oppose Zionism not out of hatred of the Jews, but because they experience Zionism as an oppressive political movement. Acting in this way demonstrates great insensitivity and a double standard, knowing that Israel denies the right of Palestine to exist and undermines its very existence.

There is no doubt that there are anti-Semites among people who oppose Zionism. But there are also many anti-Semites who support Zionism. It is therefore inappropriate and totally inaccurate to generally identify anti-Semitism and anti-Zionism. By conflating these two phenomena, the National Assembly would compromise vital efforts to fight against true anti-Semitism, which is multidimensional and comes from different sectors of French society.

The explanatory memorandum to the bill indicates that the IHRA definition « does not recognize criticism of the policies of the State of Israel as anti-Semitic. » In reality, however, several « contemporary examples of anti-Semitism » have been added to the definition that intentionally conflates criticism of and opposition to the policies of the State of Israel with anti-Semitism. These examples are presented and considered as an integral part of the definition.

According to the examples and the way they are applied, all one has to do is criticize Israel in a way that is perceived as different from what is done for other countries to be considered anti-Semitic. All one has to do is be in favor of a two-state or democratic solution to the Israeli-Palestinian conflict to be considered anti-Semitic. The same is true when Israel is blamed for its institutionalized racism. One can certainly not agree with these statements. But these views are considered legitimate and protected by freedom of speech in any other political context. Thus, the resolution creates an unjustifiable double standard in favor of Israel and against Palestinians.

The IHRA definition is already used to stigmatize and silence critics of the State of Israel, notably human rights organizations and respected experts. This approach has been condemned by eminent specialists in anti-Semitism. US lawyer Kenneth Stern, one of the original authors of the IHRA definition, has also warned against using this definition to undermine freedom of speech.

The key question is: what is the reason for all of this? We cannot consider this as independent of the Israeli government’s main political agenda aimed at firmly embedding its occupation and annexation of Palestine and silencing any criticism of this agenda.

It is with concern that we observe that the Israeli government’s efforts in this regard find political support even in France. We thereby invite the National Assembly to fight against anti-Semitism and all forms of racism, but without assisting the Israeli government in its program of occupation and annexation.

« Do not confuse racism with the legitimate criticism of a State »

This bill is not a credible and effective way to achieve this. Anti-Semitism must be combatted on a universal basis, along with other forms of racism and xenophobia, to fight against hatred. The abandonment of this universalist approach will lead to increased polarization in France, which would also undermine the fight against anti-Semitism.

In this context, we note that the draft resolution also contradicts the position of the National Consultative Commission on Human Rights (CNCDH). In its 2018 report on the fight against racism, the CNCDH warned that the definition of the IHRA may weaken the French universal approach to the fight against racism and insisted “on vigilance so as not to confuse racism with legitimate criticism of a State and its policies.” 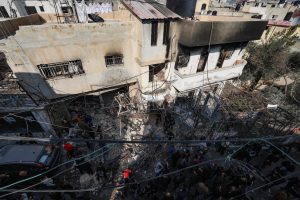 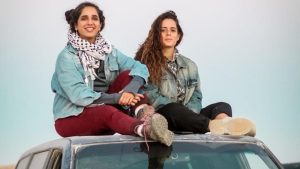 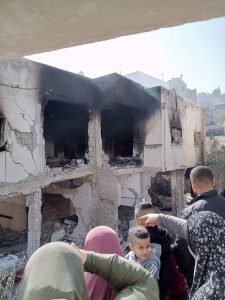